Swimming with whale sharks, known as the “Gentle Giants,” can be both a humbling and exhilarating experience, but there are a few things you should know.

The name “whale shark” can be confusing because they’re not really whales. They’re actually a species of shark, which is classified as a fish, not a mammal, like a whale. Whale sharks are the largest fish in the ocean, averaging approximately 40 feet long and weighing up to 20 tons and they can live to over 100 years old. It’s named not only for its great size but its diet; like some whale species, the whale shark feeds on plankton and krill. They are filter feeders, which means they open their massive jaw span to scoop up krill and plankton and occasionally small fish that get in the way. Though their massive jaw span could easily encompass a human without any problem, if ever one got in, they would be immediately ejected since the whale shark’s throat opening is only about the size of a golf ball. Also, they don’t have teeth, so you don’t need to worry about them trying to eat you.

Whale shark tourism has exploded over the past few years, but even though snorkeling with them is surreal, there are some things you should consider first:

Some Safety Rules to Observe

Though whale sharks are dubbed “gentle giants” of the sea, there are rules you should observe to ensure a safe snorkel and also to show a healthy respect for their space. Their massive tails can swipe a person pretty hard, so you should always jump in as close to the head as possible and swim fast to keep up.

Especially off the coast of Mexico, whale shark adventure tourism has exploded. With that economic boost to the region, there have been a lot of fly-by-night operators popping up that don’t follow the rules or offer safe adventures.

Stick with well-vetted operators that only take small groups and guarantee closely guided snorkels with the animals. Eight to ten passengers per boat is ideal. Report tour operators who crowd or corral the whale sharks with their boats and encourage tourists to mount them or hitch a ride by hanging on their fins. Don’t be lured by cheap specials; pay for for responsible tour operators like Cabo Trek in Los Cabos.

Check out this incredible footage from Ocean Ramsey and Juan Oliphant submitted for the GoPro Awards!

In 2016, these creatures were classified as an officially endangered species by the IUCN Red List. In Asia, they are hunted legally and illegally for their meat and fins, and for use in medicinal products. Plus, they often get entrapped in fishing nets and collide with boats.

Thankfully, scientists are beginning to track them with satellite tags to monitor them, and non-profit groups like the Whale Shark Mexico in La Paz are focused on research, sustainable management, and environmental education.

How You Can Help

Boycott any products using whale shark parts of any kind. Sign petitions that ban shark finning and support places that create shark sanctuaries. You can also virtually adopt a whale shark through organizations like the World Wildlife Federation. Proceeds go toward their preservation efforts.

Where to Find Whale Sharks

Whale sharks are inherently solitary souls, only meeting up briefly to mate. They don’t travel in pods, so the only time you’ll experience them together in large numbers is when they are in an area with an abundance of their favorite food.

The following are the best whale shark diving locations in the world, according to PADI: 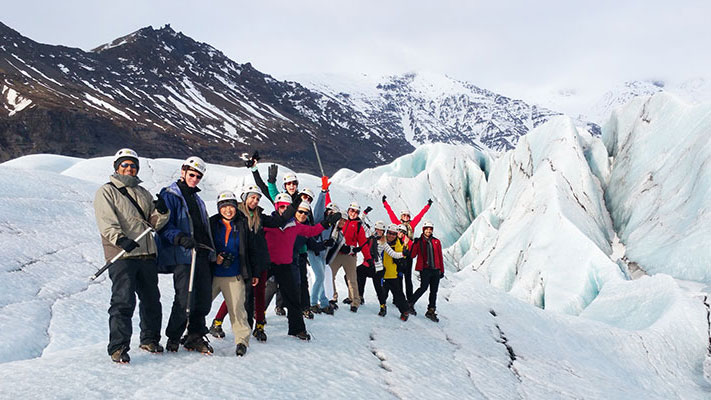 Join Adventure People on one of our trips that include learning about and swimming with whale sharks and check this off your bucket list!